TORONTO – In the latest survey from The Business Monitor, released by Modus Research, Canadian managers and executives were asked the likelihood of the outbreak being contained and their views on the Canadian economy coming out of recession. The latest results show a less pessimistic view compared with the fall.

In October, almost half of executives were pessimistic about the Canadian economy coming out of recession (45%), while in December, that number went down to 31%. An even greater drop in pessimism is seen with COVID containment from 36% in October to just 19% at year’s end saying the outbreak will be contained over the next year.

This survey was carried out among a representative sample of over 700 Canadian managers and executives at the end of 2020. Unlike other business surveys, the sample is fully random and representative of all Canadian businesses. 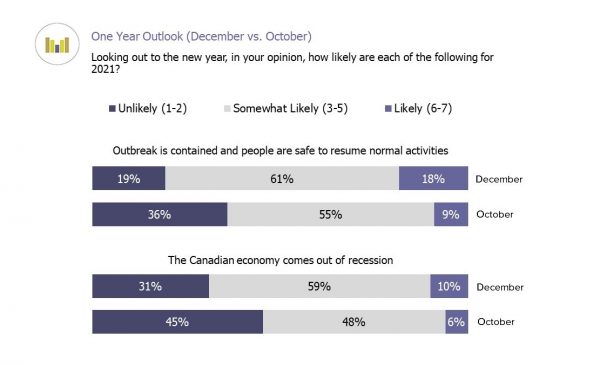 There are pronounced regional variation in these results. Managers and executives in Alberta and the Prairies are most pessimistic regarding the economy, compared to the rest of Canada. Whereas in Quebec and BC, fewer than 1 in 5 are gloomy about economic recovery. 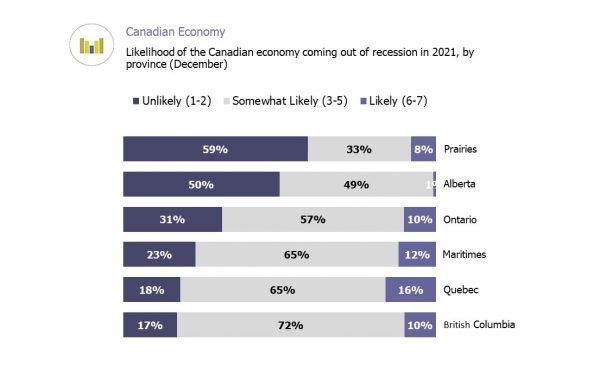 The Business Monitor is Canada’s only B2B omnibus service. Results from the Monitor are based on scientific samples of Canadian business leaders.

Modus Research is a full-service research agency that provides clients with actionable feedback from Canadian enterprises based on scientifically representative samples.

Do NOT follow this link or you will be banned from the site!

We use cookies to ensure that we give you the best experience on our website. If you continue to use this site we will assume that you are happy with it.Ok