As a result, international transactions in securities generated a net inflow of funds of $4.2 billion in the Canadian economy in November, following two months of net outflow of funds. 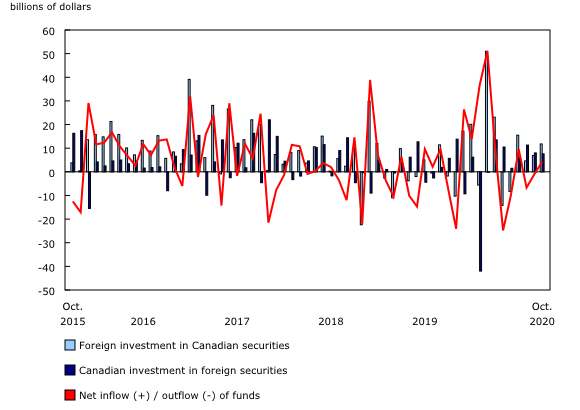 Foreign investors acquired $11.8 billion of Canadian securities in November. They added both debt and equity securities to their holdings over the month. 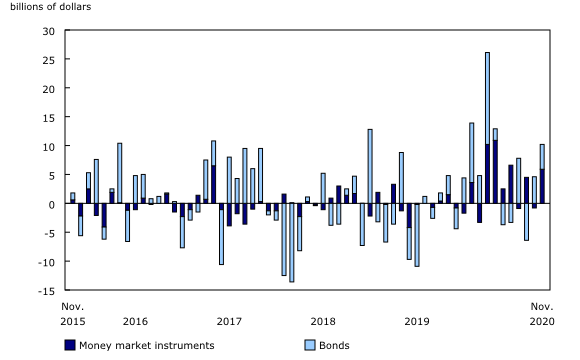 Non-resident investors reduced their holdings of corporate debt securities by $6.0 billion in November, the largest divestment since July. Retirements of government business enterprise paper and, to a lesser extent, retirements of private corporate bonds accounted for the bulk of the reduction. These retirements were largely in instruments denominated in US dollars. In November, the Canadian dollar continued to appreciate against the US dollar and reached its highest level since September 2018.

Foreign investment in Canadian shares amounted to $4.5 billion in November, the largest investment since February 2019. This activity was led by secondary market acquisitions of shares of the banking sector. In November, Canadian stock prices rose 11.1%, the largest monthly gain since May 2009. The banking sector, as measured by the Standard and Poor’s / Toronto Stock Exchange banks index, outperformed the overall market, with a 14.9% increase in share prices in the month. 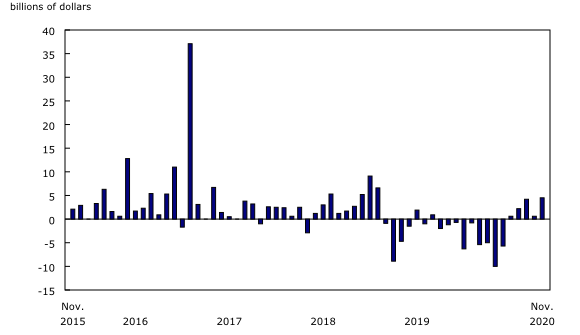 Canadian investment in foreign securities focuses on US shares

Canadian investors increased their holdings of foreign securities by $7.6 billion in November. Holdings of foreign equity securities were up for an eighth consecutive month, as investors added $7.1 billion worth to their portfolios. Canadians targeted US shares, with purchases of $8.3 billion in the month, mainly shares of large capitalization technology firms. US stock prices were up by 10.8% in November, the largest monthly gain since April. Meanwhile, Canadians sold $1.2 billion of non-US foreign shares, their fifth consecutive monthly divestment.

Canadian investment in US securities 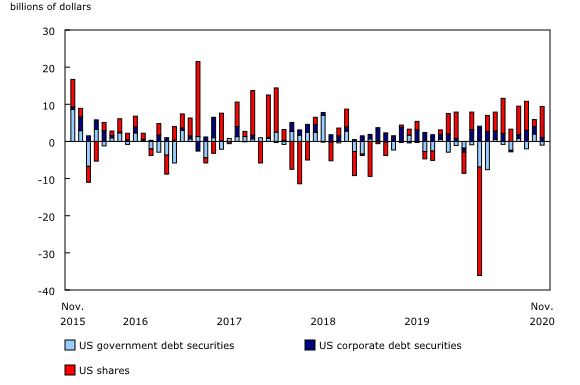