TORONTO – Off the heels of Health Canada’s recent announcement that amends the Special Access Program (SAP) to enable increased access to psychedelic drugs like MDMA and psilocybin for treatment, Field Trip Health [CSE: FTRP] [OTCBB: FTRPF], is establishing itself as the leader in psychedelic therapies

Previously considered “restricted,” Health Canada’s revision is monumental in increasing access to MDMA and psilocybin through the SAP, to be used for serious conditions where other therapies have failed, are unsuitable, or are not available in Canada. This revision will positively transform the lives of many Canadians experiencing mental health conditions who have not responded to existing therapies.

Marking a significant milestone for the healthcare industry, Health Canada’s decision confirms the growing evidence that highlights the transformative benefits psychedelic drugs can offer as a therapeutic tool.

Health Canada’s recent announcement of its intention to expand the Special Access Program to include psychedelics is the second major step forward that Health Canada has taken toward broader access to regulated, medically supervised psychedelic therapies in Canada. What’s particularly exciting is it’s happening within months of the first Subsection 56(1) class exemption for patients, practitioners, and pharmacists being granted access to psilocybin therapy, which was the first significant step.

“In many ways, it mirrors the path that cannabis took toward legalization, which culminating in the adoption of the Marijuana for Medical Purposes Regulations in 2014, but on an extremely expedited basis, which is good news for the industry and all Canadians”, states Ronan Levy, Executive Chairman, and Founder.

The expansion of the Special Access Program and the implicit step it represents toward legal access to psilocybin therapies doesn’t change the overall investment thesis in psychedelics — psychedelics are already poised to fundamentally revolutionize the $238B global market for mental health treatment and ancillary services.

Companies like Field Trip and Compass Pathways [CMPS-NASDAQ] who have a clear strategy and are experienced operators, supported by sophisticated advisors, will excel in this market. 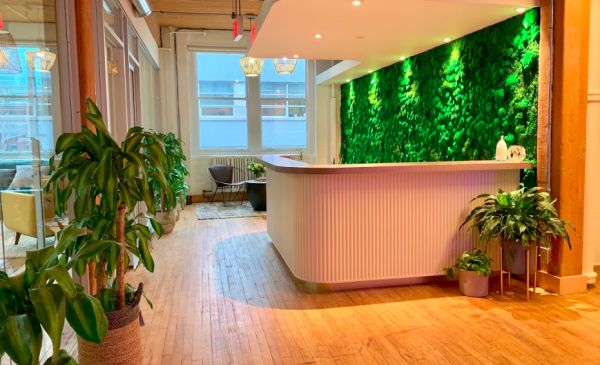 However, this announcement along with the success of Measure 109 in Oregon, which will result in the creation of a legal market for psilocybin-therapies in 2022, does suggest that broad-based legal access toward psilocybin therapies may arrive well before the first FDA approvals for psilocybin, which are expected in 2025.

Psychedelics are proving so effective because it is believed, they create three different effects, rapid-acting antidepressants, during a psychedelic experience; people are often able to revisit past experiences and traumas that underlie their mental health conditions and begin the emotional processing of those experiences from a new perspective; and following a psychedelic experience, people experience a period of neural plasticity during which they are more open to the effects of cognitive-behavioral therapy, and thus are more open to changing their habits, outlooks, and perspectives.

The combination of these factors seems to be the reason that psychedelic therapies are so effective.

Field Trip Health has an ambitious and unparalleled expansion strategy and clear growth milestones either already met or on schedule, including an aggressive rollout of 75 clinics by 2023 and revenue growth from the 3 recently-launched clinics in Toronto, New York, and Los Angeles (opened in H1 2020).

Do NOT follow this link or you will be banned from the site!

We use cookies to ensure that we give you the best experience on our website. If you continue to use this site we will assume that you are happy with it.Ok